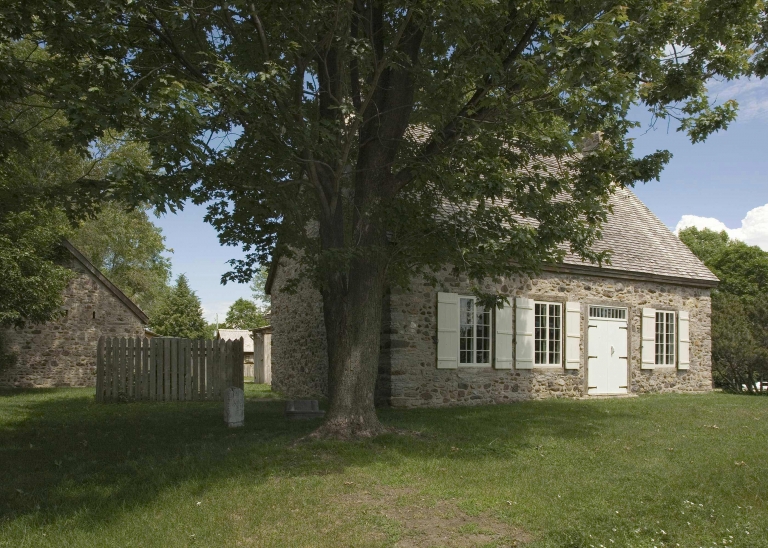 In 1669, before setting out to find a route to China, Cavelier de La Salle sold his land to finance the expedition. The wealthy merchants Jacques Le Ber and Charles Le Moyne bought a strategically located 120-acre plot and built a stone house to use as a trading post for their fur business. This house has an eventful history. It underwent numerous alterations but was restored to its original appearance after becoming a museum. The house, the river … just as they were nearly 350 years ago.

Jacques Le Ber and Charles Le Moyne built the stone house between 1669 and 1671, but they did not live there. It served as a fur trading and supply post that provided lodging for their employees and space for storage. Clearly visible on a bluff and accessible by land, it was an obligatory stop on the journey between Ville-Marie (Montréal) and the Great Lakes region. To avoid the turbulent swells of the Lachine Rapids, canoes bound for the Great Lakes were loaded with trade goods at the post and unloaded there when they returned with cargos of pelts.

In 1687, Charles Le Moyne’s widow, Catherine Primot, and Jacques Le Ber sold the land and the house to François Guillemot dit Lalande. Guillemot, who was already living there, no doubt intended to convert the house to an inn and to farm the extensive grounds. But the Lachine massacre of 1689 decided otherwise. He returned to Montréal.

After sitting empty for some time, the house was bought by François Chorel de Saint-Romain, who deeded it to his daughter Marguerite. In January 1695, Marguerite and her husband Guillaume de Lorimier settled there. They planned to farm the acreage behind the house, part of which was still forested. The de Lorimier family and their children and grandchildren lived on the site until 1765, not long after the conquest of New France by Great Britain.

Marguerite Chorel de Saint-Romain was widowed in 1709. She deeded part of the property to her son Claude Nicolas Guillaume de Lorimier, a military officer with ten children, in 1730, and another portion to her daughter Marie-Jeanne de Lorimier in 1736.

Hugh Heney bought the house in 1765. Nearby he built an inn, which he operated along with a general store. As the fur trade picked up, business was brisk. Heney stocked supplies and stored pelts for the voyageur traders. He made major renovations to the house, including repairs and changes to the existing fireplaces and the addition of a new one, which were carried out in 1768 by one Jean-Baptiste Crête.

In 1803, after a long, tortuous legal battle, ownership of the house and farm went to Donald Grant, a fur trader working with the North West Company. Grant made frequent trips to the Upper Country (as the Great Lakes region was known), and his brother John managed his property in his absence.
Digging work for the canal cut off part of the land belonging to Maison Le Ber-Le Moyne. The property was also intersected by Upper Lachine Road (a Crown road) and Lower Lachine Road, south of which sat a house used as a school. John Grant acquired part of the land in 1812 and later became the sole owner. The farm was sold to William MacDonald in 1842.

In the 19th century, the house became a secondary residence for vacationing. With commerce and industry shifting westward and the original tract of land broken up, the rural property was now isolated on the outskirts of the village. Colonel Wilgress, a retired serviceman, initially bought a plot located east of the former Le Ber-Le Moyne holdings. In 1844, when he acquired the Le Ber-Le Moyne property, sheds used during the canal dig were still standing there. A greenhouse was later added at the east side of the house.

In 1901, the Wilgress family sold the house to William Currie, who used it as a summer home. Currie’s sisters, who inherited the house in 1924, sold it to Karl Gsell in 1941. 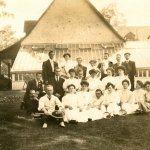 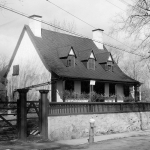 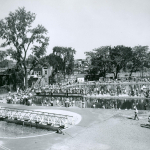 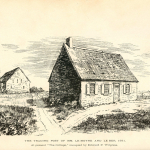