Montréal's first years were difficult ones. The island was the scene of many skirmishes between Aboriginals and colonists. In 1665, Maisonneuve sent colonists to build a defensive outpost at the foot of the Lachine Rapids. These colonists—eight in number and called Argoulets—were the first inhabitants of  Verdun territory.

The first eight colonists to settle at the foot of the Lachine Rapids were: Étienne Campeau, Simon Cardinal, Pierre Gadois, Jean-Baptiste Gadois, Jean Roy, Michel Guibert, Pierre Raguideau and Jean Sicot. They were called "Argoulets" in honour of the arquebusiers of the 16th century in France, recognized as being remarkable francs-tireurs.

Each one of these men went on to clear a few arpents of land to support themselves. Under an agreement between Maisonneuve and the Séminaire de Saint-Sulpice, the eight colonists of côte des Argoulets also shared the use of a common plot of land, agreeing to help one another in clearing their lands and to thwart attacks by the Iroquois. This place—which became a defensive post from then on—was named côte des Argoulets. Unfortunately, shortly after they settled there, two of them—Pierre Raguideau and Michel Guibert—died in an Iroquois attack.

The following year (1666), more families of colonists settled next to the Argoulets. Together, these people cleared lands located between Petite rivière Saint-Pierre and what is now called rue Woodland. This territory represents approximately half of Verdun's territory today and was long known as côte des Argoulets. However, over time, it was called other names as well: côte de la rivière Saint-Pierre and côte de Verdun. 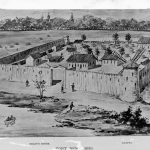 The First Forts in Montréal 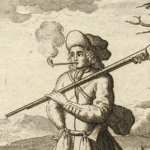 The Militia in New France 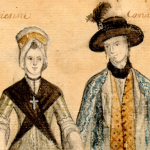