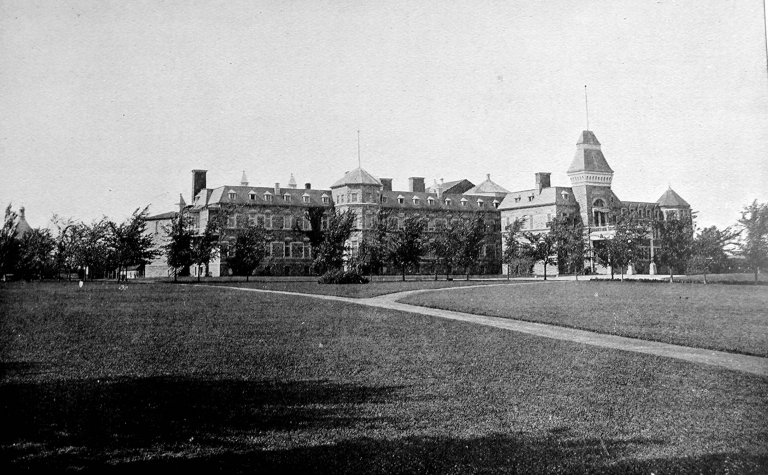 Around the end of the 19th century, the need to establish an institution providing psychiatric treatment based on a humanistic approach was voiced by the Protestant community. On June 30, 1881, the Québec government adopted the Act of Incorporation of the Protestant Hospital for the Insane and that's how the Douglas Institute was created.

Alfred Perry, Chief of Montréal's Fire Department, spearheaded the creation of the Douglas Institute, considering the treatment given to people suffering from mental diseases to be deficient in the province of Québec. Supported by the Protestant clergy and many residents, Alfred Perry achieved his goal. During the 1880s and 1890s, the Board of Directors of the future hospital, headed by Thomas J.W. Burgess, the first Medical Superintendant, conducted fund-raising campaigns to be able to construct the first building.

The Board of Directors also had the responsibility of finding a suitable place for constructing the building and annexes that needed to accommodate all the patients. In 1886, Hadley farm, located in Verdun, seemed to be the ideal location. Covering nearly 110 acres, the site was bounded to the south by the Lower Lachine Road (boulevard LaSalle today) and to the north by the Montréal aqueduct. The purchase was finalized on April 14, 1887 and the ground-breaking ceremony was held in June 1888. Construction of the first pavilion was finally completed in 1890.

The first patient was admitted to the hospital on July 15, 1890. At the end of this same year, a total of 140 patients were admitted there, including 58 from the Longue-Pointe insane asylum, known today as the Institut universitaire en santé mentale de Montréal. In 1894, a number of Protestant patients from Hôpital de Beauport were transferred to the Protestant Hospital by the Québec government.

From 1890 to 1905, the hospital housed all patients and all medical staff. Semi-private rooms were available for people from wealthier families, who paid room and board and often provided their own doctors. Less affluent patients benefited from the public system and resided in separate wings on the second floor. Very quickly, the hospital lacked space. Whereas the main building was designed for a maximum of 530 patients, it had reached 580 in 1908. To offset this problem, new buildings were constructed on the grounds. 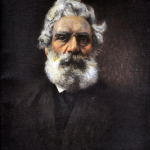 History of Mental Illness in Québec 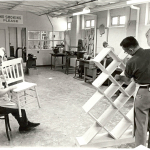 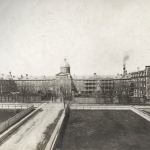 The First Hospital in Montréal