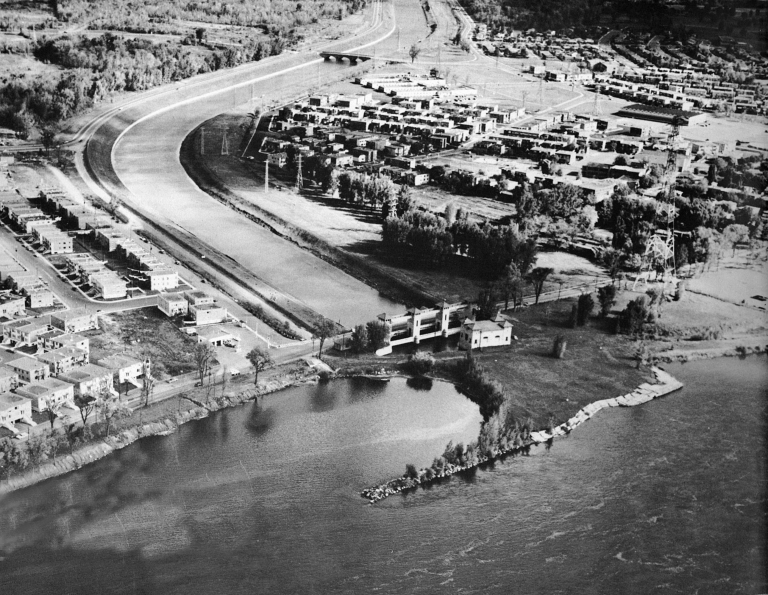 i
Aerial view of the entrance to the aqueduct
© LaSalle Borough archives
View on a Map
36. In the heart of Parc de l'Aqueduc

Following two fires in 1852, there seemed to be a very glaring water supply shortage in the City of Montréal. Engineer Thomas C. Keefer suggested that an open conduit be built to draw water a mile and a half away, upstream from the rapids.

The elevation of 11 metres above the port would facilitate the flow of water by an aqueduct nearly 8 km long which, crossing through the municipality of the Parish of Lachine, would end at the Pavillon des roues building. There, two vertical hydraulic wheels would activate six pumps with a capacity of 18,184,000 litres per day. The construction of the first aqueduct began in the spring of 1853.

Completed in 1856, the new aqueduct faced problems, due to the accumulation of ice in the open conduit and the backflow of water in Rivière Saint-Pierre. Moreover, in 1858, the accumulation of frazil ice at the entrance to the aqueduct (today, Boulevard Champlain and Boulevard LaSalle in LaSalle) reduced its production capacity of litres per day by 25%. And the problem continued on, despite the corrective actions taken over the years.

And lastly, around 1877, a new entrance was dug out (near present-day 75th Avenue and Boulevard LaSalle in LaSalle), thereby increasing the production capacity to 136,380,000 litres per day. The conduit was also expanded to 30.5 metres all along its length by slightly more than 7 km and a depth of 4.2 metres. The renovations continued on... In 1912, a waterworks intake was built 366 metres from the shore to prevent pollution from the Ottawa River. Between 1912 and 1918, Montréal built the Atwater water treatment plant to replace the water wheel building and thereby increase the drinking water production capacity and filter the water.

In 1978, the start-up of operations of the Charles-J.-Des Baillets water treatment plant, located near Avenue Dollard and Boulevard De La Vérendrye, provided a very large part of Montréal's population with their drinking water supply. 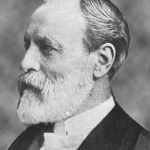 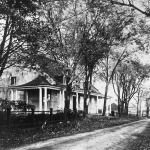 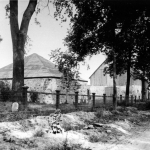