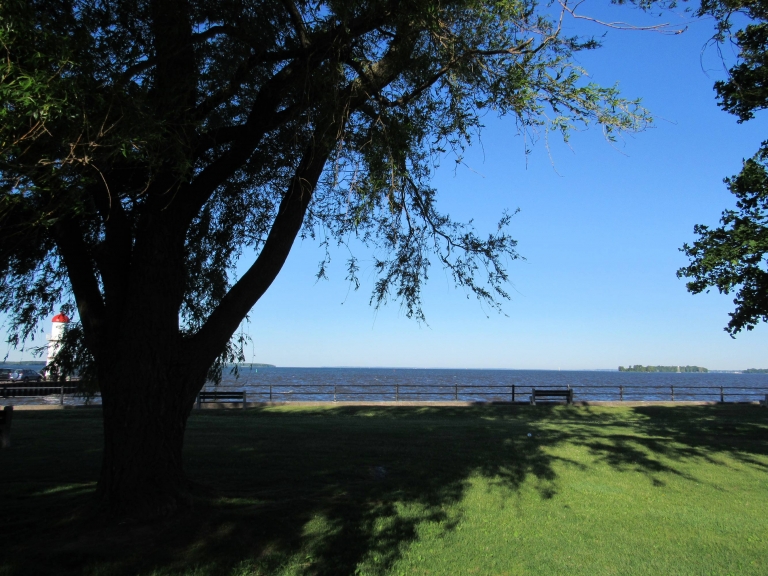 Spanish explorers seeking a route to the Orient and its spices landed first in tropical America, with its gold and valuable exotic plants. The French, English and Dutch searching further north had to make do with fish and “soft gold,” as furs were called. Ultimately, the French abandoned their Oriental ambitions, retaining only the mocking name of the settlement established around 1667 on the banks of Lake Saint-Louis.

Trading in furs … and alcohol
The Sulpician historian É.-M. Faillon described Lachine as “a place more advantageous than any other for colonists who wanted to trade with the savages.” François Lenoir dit Rolland, a former soldier with the Carignan regiment, was quick to grasp this. In November 1670, he was granted a piece of land “at the place called la Chine (China),” where he farmed and built a trading post that soon became a thriving centre of commerce for furs … and alcohol.

The profit and sense of freedom that fur trading brought were so alluring that the authorities, fearing that farming would be abandoned, attempted to exclude bachelors from the trade. Put on notice, Lenoir promised to take a wife as soon as the next group of marriageable young women arrived from France. He chose Madeleine Charbonnier dite Seigneur and wed her in Montréal on January 2, 1673. The bride, who signed her name in clear, assured script, went on to assist her husband in his business.

The rise and the fall
Lenoir was one of the wealthiest residents of Lachine, and he also owned land in Bellevue (Bout-de-l’île). Around 1686, when the Montréal region was militarized against Anglo incursions, Lenoir assumed most of the cost of fortifying his strategically located property.

Unfortunately, that expense combined with losses incurred on various expeditions led to his ruin. He tried every trick the law allowed, including legal separation from his wife, to protect the family assets. But to no avail. In 1703, he was forced to assign all of his property to creditors. 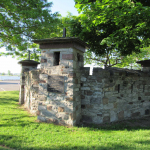 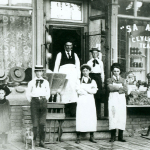 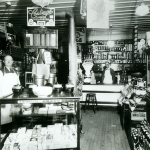 Inside the general store 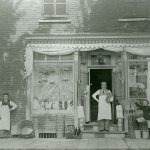 In front of the general store