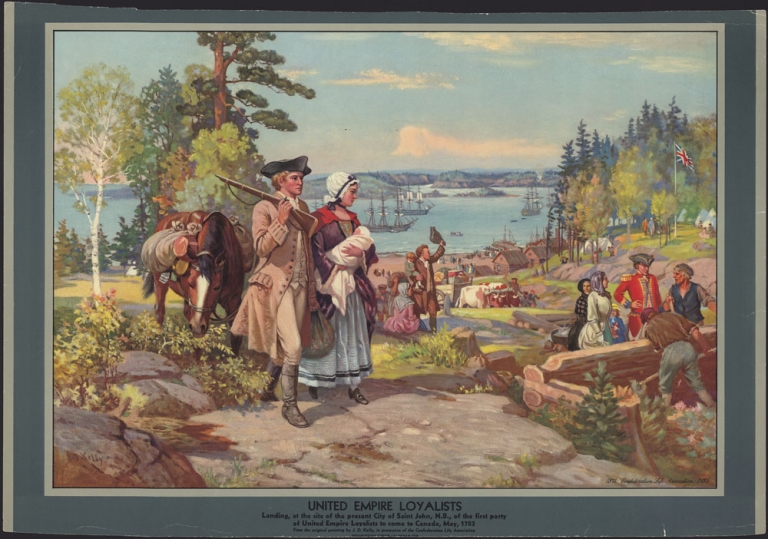 i
« United Empire loyalists landing at the site of the present City of Saint John, New Brunswick, 1783 », John David Kelly, reproduction before 1935.
Library and Archives Canada, C-001829
View on a Map
John Grant

John Grant was born in Scotland around 1749, at a time of political upheaval. He immigrated to the province (later state) of New York in his early twenties and settled at Lachine shortly before 1780. Over the years, Grant came to dominate waterway transport between Montréal and Lake Ontario. The canal was built after his death, but it was no accident that the entrance adjoined the land where his heirs continued to run the business.

John Grant played an important role in Lachine’s history, yet many details of his life are still obscure. His funeral may be the best indication of how highly he was esteemed by his fellow Lachiners, who formed a cortege and took turns carrying his coffin on their shoulders all the way from the village to the Montréal cemetery.

Big-hearted businessman
Grant initially specialized in the shipment of goods (mostly furs) between Lake Ontario and Lachine. It was this experience that led him to transport hundreds of Loyalist refugees to Ontario after the American Revolution (1775-1783). This was daunting work, since entire families with all their possessions had to be moved to places where there were no roads or anything other than a few trading posts. But it put him on the road to the fortune he later made as the leading shipper and forwarder between Montréal and Lake Ontario.

His also ran a business building flat-bottom boats called batteaux, specially designed to carry both passengers and freight. His facilities included a dry dock as well as all the space needed to build, store and maintain a fleet of 38 vessels (1812).

Downtown property owner
Over the years, Grant bought up property in Old Lachine, including the area between 15th and 20th Avenues, Heney’s Inn (9th Avenue) and, with his brother Donald, part of the land surrounding Maison Le Ber-Le Moyne. It was near there, at his urging, that Lachine’s first Protestant school opened in 1810. And later his family donated a plot of his land for the new St. Andrew’s Church. No trace of Grant’s house or of his port facilities or of the first school remains. His lands are now home to Lachine Borough City Hall, St. Andrew’s Presbyterian Church, Saints-Anges Church and Lachine High School, the town’s first Protestant high school, built in the late 1800s. John Grant’s business success and civic engagement qualify him as Lachine’s first modern entrepreneur.

He died in 1817, four years before work on the canal he had hoped for would begin. His sons continued to run the business, though, which is no doubt why the first point of access to what is now the Old Canal was at 21st Avenue. 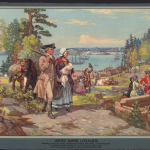